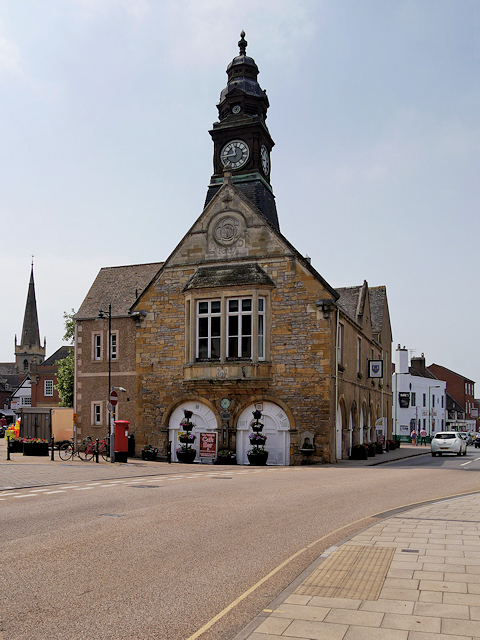 History of the Town Hall

Situated in the centre of the town, the town hall dates back to circa 1586 and was designed in the neoclassical style from the rubble masonry recovered from the ruins of the Abbey following its dissolution in the reign of Henry VIII. A Council Chamber was added in 1728 at the expense of two local members of parliament, John Rudge and Sir John Rushout.

The building was substantially remodelled to a design by George Hunt to commemorate the Golden Jubilee of Queen Victoria in 1887. A clock tower with a lantern and finial was erected at roof level.  Internally, the principal rooms were the main hall and the council chamber. A barometer was presented the Reverend George Head, the priest in charge of St Mary’s Church at Aston Somerville, and installed on the north face of the building in November 1887.

In April 1995, the building was acquired by Evesham Town Council following the re-organisation of the local councils who arranged the restoration of the clock tower in 1998, the refurbishment of the weather instruments in 2000, and tenancies for the ground floor so that the area could be used as a café bar.  More recently a lift has been installed and a new solid oak flooring.